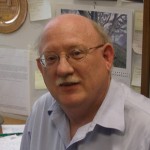 Frederic Sterling Lee passed away on October 23, 2014, just one month before his 65th birthday, after a brave battle against cancer. He was diagnosed with stage four lung cancer at the end of February. He, however, never stopped working for his students and for the community of heterodox economists until the end of his life, as he always did over the past 30 years of his academic career. The entire community of heterodox economists across the world is saddened by the passing of Fred Lee.

Fred Lee was born in 1949 in Nyack, NY and grew up in Virginia. His father, Sterling Lee, was a labor lawyer and his mother, Marion Burks Lee, was a politically active person. With this family background he was aware of progressive politics and civil and workers rights even in his early days. He went to Frostburg State College (Maryland, 1968-1972) and obtained a BA degree in history. While doing his undergraduate study, he was interested in philosophy and later in economics because he found that social questions in the 19th century were mainly examined by economists. After two years of working in Saudi Arabia (a supply clerk position with the Corp of Engineers in Riyadh), he returned to the United States and continued his study at Columbia University in New York City. In 1977 Fred Lee met Alfred S. Eichner who later became his “mentor, dissertation advisor, and a friend.” He once noted that the “discovery of Eichner” was “the most important in my academic career.” With Eichner’s encouragement and support, Fred Lee started his PhD study in economics at Rutgers University in 1978, where he was taught by Alfred Eichner, Paul Davidson, Jan Kregel, Nina Shapiro, and Alessandro Roncaglia, among others. After graduating from Rutgers University in 1983, he taught at University of California—Riverside (1981-1984), Roosevelt University (Chicago, 1984-1990), Staffordshire Polytechnic (Stoke-on-Trent, UK, 1990-1991), De Montfort University (Leicester, UK, 1991-2000), and the University of Missouri—Kansas City (2000-2014). [For his early life before 2000, see his short autobiography, “Predestine to Heterodoxy or How I Became a Heterodox Economist” at http://heterodoxnews.com/leefs/cv/predestine]

His contribution to heterodox economics and his influence on younger heterodox economists are enormous and invaluable. First of all, he will be remembered as the heterodox economist who endeavored to develop heterodox microeconomics that would completely replace neoclassical microeconomics. Through his magnum opus, Post Keynesian Price Theory (1998) he shows that the neoclassical price mechanism does not exist in the real world, and that there are alternative-heterodox theory of price and pricing which can be drawn from the work of Gardiner C. Means, Michal Kalecki, and P.W.S Andrews and Oxford Economists’ Research Group. This means that the entire neoclassical microeconomic framework is incoherent and irrelevant and, hence, a new theoretical framework that explains how the capitalist economic system (or the social provisioning process) works needs to be developed. He was working on this grand project toward the end of his life.

Lastly, he will be remembered as an inspirational teacher and wonderful mentor who taught students how to do heterodox economics in a pluralistic, realistic, and integrative manner, and who cared about his students from the bottom of his heart. Although he did not have many students who wrote a PhD dissertation under his supervision, there are lots of young heterodox economists who are largely influenced by his work. This is evidenced by all the messages collected after his passing (see here) as well as a forthcoming festschrift, Advancing the Frontiers of Heterodox Economics: Essays in Honor of Frederic S. Lee (Routledge, 2015).

In closing, I’d like to quote Fred Lee’s last email to heterodox economists (which was sent to various mailing lists on October 2, 2014; he personally told me that this was his “last project”):

The 2015 Solidarity Forever Labor History Calendar is now available. It features Joe Hill. If you do not know who Joe Hill is, I suggest that you do a little bit of work and find out or better yet hum to yourself, “Would you have freedom from wage slavery, …” And if you think you know something about the 1% versus the 99% and do not know who Joe Hill is then I suggest checking out the song “Preacher and the Slave” on the internet or some other strange contraption that did not exist in 1911. In the inside back page you will find a picture of myself with Joe Hill’s ashes—this is about as close as you will get to any real hero of the working class whose life was indeed put on the line—he was executed by the capitalists in 1915.

You either walk the walk or you do not; and my career (along with my colleagues from around the world) has indeed walked the walk to ensure that heterodox programs exist and heterodox economists have jobs. And this has meant significant hardships for students and colleagues (not to mention loss of employment–see “A History of Heterodox Economics”) to critically study the mainstream theory that calls into question the argument that supports the 1%. And it also means that you have to go beyond the critical and develop an alternative that draws upon the different heterodox approaches.

Through the Heterodox Economics Association Booth at the ASSA 2015, 60 Joe Hill calendars will be provided free to anyone. In return, all that is asked is that you look at the literature in the booth, in particular the scholarship material for graduate students. It is not cheap to go to graduate school; and at times it appears that those who have obtained their PhD have no interest in helping those who would like to get a PhD–in this case, they are certainly not walking the walk nor caring about the community of heterodox economists in which they operate. Do something–give a damn. For more information about the Joe Hill calendar go to http://iwwhlf.org; http://www.joehill100.com. Information about the Frederic S. Lee Heterodox Economics Scholarship Fund can be found at: http://heterodoxnews.com/leefs/fsl-scholarship.

Fred Lee is survived by his wife, Ruth, their daughter, Sally, and two granddaughters. A memorial service for Fred Lee will be held Saturday, November 8th, 1:00pm at the Ethical Society of St. Louis, 9001 Clayton Road, St. Louis, Missouri. His ashes will be scattered at a later date at the Haymarket Martyrs Monument in Chicago, IL. Condolences may be sent via Fred Lee’s website at http://heterodoxnews.com/leefs and memorial contributions can be made to the Frederic S. Lee Heterodox Economics Scholarship Fund which is housed at the Kansas City Community Foundation. Donations can be made at https://gkccfonlinedonations.org/give/leeh00.asp.