Advancing the Frontiers of Heterodox Economics: Essays in Honor of Frederic S. Lee (2015)

This book is now in paperback. https://www.routledge.com/Advancing-the-Frontiers-of-Heterodox-Economics-Essays-in-Honor-of-Frederic/Jo-Todorova/p/book/9780367598525 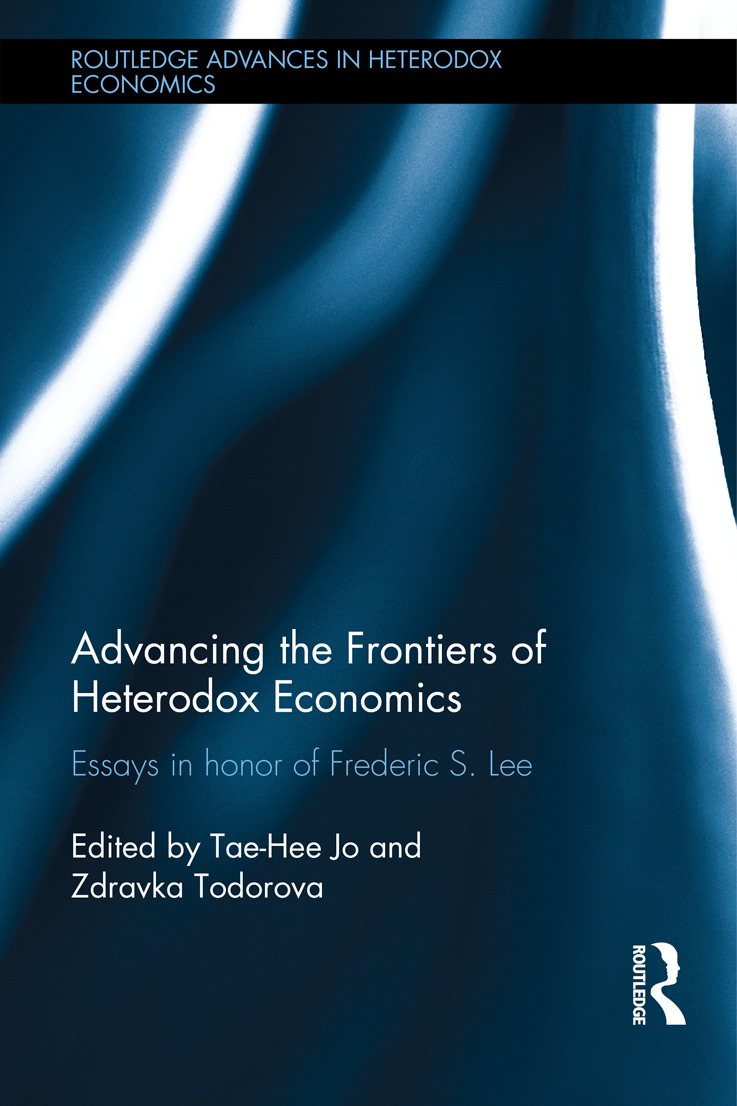 This collection of essays honors the life and work of one of the most prominent and fervent heterodox economists, Frederic S. Lee, who has been at the heart of the heterodox economics movements for the past three decades. Authors in this book demonstrate that heterodox economic has transcended the criticism of mainstream economics and, more importantly, that constructive developments are in the making by way of cross-communications among various heterodox economics traditions.

Frederic S. Lee’s contributions to heterodox economics are centered on three themes: the making of a history and identity of heterodox economics, heterodox microeconomics, and the heterodox analysis of social provisioning. Part I addresses the importance of history, theory, research methods, and institutions in the making of the identity of heterodox economics as an alternative to mainstream economics. Part II delves into heterodox microeconomic theories—in particular, investment, pricing, competition, markets, and market governance—as foundations of heterodox macroeconomic analyses. Part III expands the analysis of the capitalist social provisioning process with an emphasis on its subsystems and their relationships over historical time. Part IV encapsulates the life and work of Frederic S. Lee.

Throughout his intellectual life Frederic S. Lee has shown to many that the development of heterodox economics is rendered possible by unselfish and ceaseless efforts to build both theory and institutions. Essays in this book attest that establishing an alternative critical theory to the status quo is not only possible but also serviceable to the majority of the population.